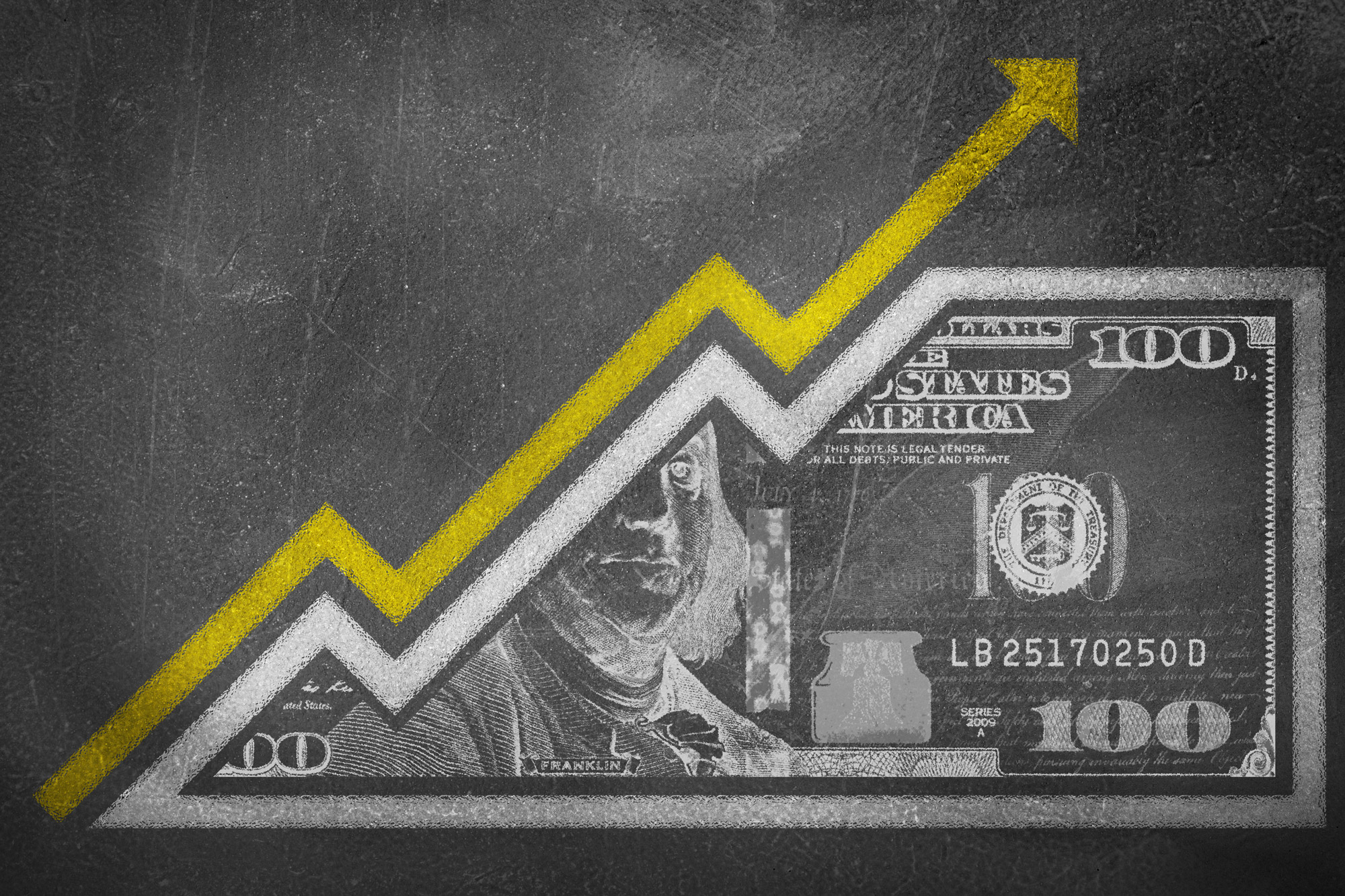 A Wall of Worry

Climbing a wall of worry, investors weathered a choppy month as markets digested a jump in consumer prices and the continued spread of the Delta variant.

Inflation, which has been an increasing concern, hit levels not seen in decades. Consumer prices in June rose 5.4 percent, the biggest monthly gain since 2008. Meanwhile, producer prices, often a harbinger of future consumer prices, surged 7.3 percent from a year earlier. But both reports were primarily met with a collective shrug by investors.2

More troubling, however, was the global spread of the Delta variant. Throughout the month, investor anxiety grew around fears that a resurgence of COVID-19 cases could stall further economic recovery.

Stocks took a breather in the final week, despite the Federal Reserve’s renewed assurances that its near-zero interest rate policy would remain in place.4

What Investors May Be Talking About in August

The rise in global COVID-19 cases last month unsettled investors, who worried about what it could mean for economic growth.

Some expect the recent surge to peak in August, while others see a peak in mid-September to early October.6

Any new surge is unlikely to mirror the experience in 2020. However, some investors may remain watchful as local, state, and federal entities weigh further restrictions.

TIP OF THE MONTH

Have you talked to your spouse or partner about your retirement goals? This is vital. See how your individual visions of retirement correspond or differ.

The MSCI-EAFE Index trended higher, picking up 1.60 percent in July. However, different parts of the globe showed mixed results.7

Gross Domestic Product: The economy grew by an annualized rate of 6.5 percent in the second quarter. The growth rate, however, was well below economists’ expectations of 8.4 percent.10

Employment: Employers added 850,000 new jobs in June, marking the most significant increase since August 2020. However, the unemployment rate ticked higher to 5.9 percent due to a larger number of Americans seeking employment.11

Durable Goods Orders:  New orders for durable goods rose 0.8 percent in June. This is the thirteenth month out of the last 14 in which durable goods orders registered a gain.18

QUOTE OF THE MONTH

“Believe you can and you’re halfway there.”
THEODORE ROOSEVELT

The Federal Reserve reaffirmed that its monthly bond purchase program would continue until the Fed sees substantial progress in its inflation and employment goals.19

“Our asset purchases have been a critical tool,” Fed Chair Jerome Powell stated. “They helped preserve financial stability and market functioning early in the pandemic and, since then, have helped foster accommodative financial conditions to support the economy.”20

Some analysts have suggested that the Federal Reserve’s assessment of economic progress was potentially a hint that the tapering of bond purchases may be close.

The market indexes discussed are unmanaged and generally considered representative of their respective markets. Individuals cannot directly invest in unmanaged indexes. Past performance does not guarantee future results. U.S. Treasury Notes are guaranteed by the federal government as to the timely payment of principal and interest. However, if you sell a Treasury Note prior to maturity, it may be worth more or less than the original price paid.

An auto dealership sold 150 cars in a special 6-day tent sale offer. Each day the dealership sold 6 more cars than the day before. How many cars were sold on the 6th day?

Take Point Wealth may be reached at:

(352) 616-0511
erick@takepointwealth.com
Book a Free Consultation
Know someone who could use information like this? Please feel free to send us their contact information via phone or email. (Don’t worry – we’ll request their permission before adding them to our mailing list.)

This material was prepared by MarketingPro, Inc., and does not necessarily represent the views of the presenting party, nor their affiliates. The information herein has been derived from sources believed to be accurate. Please note – investing involves risk, and past performance is no guarantee of future results. Investments will fluctuate and when redeemed may be worth more or less than when originally invested. This information should not be construed as investment, tax or legal advice and may not be relied on for the purpose of avoiding any Federal tax penalty. This is neither a solicitation nor recommendation to purchase or sell any investment or insurance product or service, and should not be relied upon as such. All market indices discussed are unmanaged and are not illustrative of any particular investment. Indices do not incur management fees, costs, or expenses. Investors cannot invest directly in indices. All economic and performance data is historical and not indicative of future results. The Dow Jones Industrial Average is a price-weighted index of 30 actively traded blue-chip stocks. The NASDAQ Composite Index is a market-weighted index of all over-the-counter common stocks traded on the National Association of Securities Dealers Automated Quotation System. The Standard & Poor’s 500 (S&P 500) is a market-cap weighted index composed of the common stocks of 500 leading companies in leading industries of the U.S. economy. The Russell 2000 Index measures the performance of the small-cap segment of the U.S. equity universe. The CBOE Volatility Index® (VIX®) is a key measure of market expectations of near-term volatility conveyed by S&P 500 stock index option prices. NYSE Group, Inc. (NYSE:NYX) operates two securities exchanges: the New York Stock Exchange (the “NYSE”) and NYSE Arca (formerly known as the Archipelago Exchange, or ArcaEx®, and the Pacific Exchange). NYSE Group is a leading provider of securities listing, trading and market data products and services. The New York Mercantile Exchange, Inc. (NYMEX) is the world’s largest physical commodity futures exchange and the preeminent trading forum for energy and precious metals, with trading conducted through two divisions – the NYMEX Division, home to the energy, platinum, and palladium markets, and the COMEX Division, on which all other metals trade. The SSE Composite Index is an index of all stocks (A shares and B shares) that are traded at the Shanghai Stock Exchange. The CAC-40 Index is a narrow-based, modified capitalization-weighted index of 40 companies listed on the Paris Bourse. The FTSEurofirst 300 Index comprises the 300 largest companies ranked by market capitalization in the FTSE Developed Europe Index. The FTSE 100 Index is a share index of the 100 companies listed on the London Stock Exchange with the highest market capitalization. Established in January 1980, the All Ordinaries is the oldest index of shares in Australia. It is made up of the share prices for 500 of the largest companies listed on the Australian Securities Exchange. The S&P/TSX Composite Index is an index of the stock (equity) prices of the largest companies on the Toronto Stock Exchange (TSX) as measured by market capitalization. The Hang Seng Index is a free float-adjusted market capitalization-weighted stock market index that is the main indicator of the overall market performance in Hong Kong. The FTSE TWSE Taiwan 50 Index is a capitalization-weighted index of stocks comprising 50 companies listed on the Taiwan Stock Exchange developed by Taiwan Stock Exchange in collaboration with FTSE. The MSCI World Index is a free-float weighted equity index that includes developed world markets and does not include emerging markets. The Mexican Stock Exchange, commonly known as Mexican Bolsa, Mexbol, or BMV, is the only stock exchange in Mexico. The U.S. Dollar Index measures the performance of the U.S. dollar against a basket of six currencies. Additional risks are associated with international investing, such as currency fluctuations, political and economic instability, and differences in accounting standards. This material represents an assessment of the market environment at a specific point in time and is not intended to be a forecast of future events or a guarantee of future results. MarketingPro, Inc. is not affiliated with any person or firm that may be providing this information to you. The publisher is not engaged in rendering legal, accounting, or other professional services. If assistance is needed, the reader is advised to engage the services of a competent professional.

Everything About Early Retirement Benefits